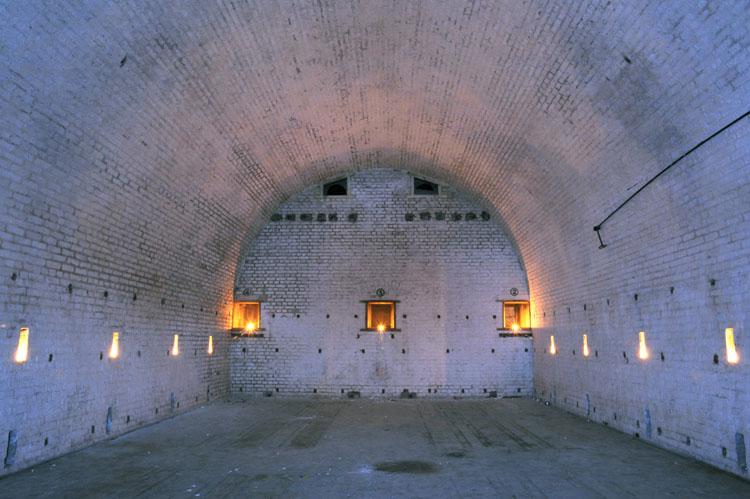 Fort Camden / Fort Meagher is positioned on Rams Head near Crosshaven, County Cork. The fort derives its name from the Earl of Camden, who was Lord Lieutenant of Ireland in 1795. Fort Camden, though internationally recognised to be one of the world’s finest remaining examples of a classical Coastal Artillery Fort, has sadly become derelict and overgrown.

Fortifications on the site originally date from around 1550 and were further added to in 1600, then after the battle of Kinsale in 1601 the fort fell into disuse. At the end of the 17th century the fort was again fortified, this time by the Jacobites in an effort to block the Williamites' naval forces. In 1690 the fort was used to fire on the Williamite fleet as it entered Cork Harbour. However, a party was secretly sent ashore to attack the fort from the landward side and the fort fell to the invaders. In these early days, the fort was known as James' Battery and consisted of two blockhouses and eight guns.